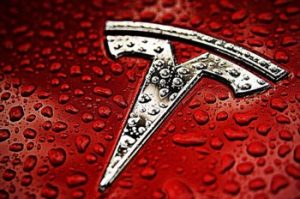 Short sellers, i.e., those stock market players who bet on falling prices with so-called short sales, did not have an easy time with Tesla last year. The share price of the electric car manufacturer rose by around 700 percent. The short-sellers are said to have lost 40 billion dollars as a result. In recent weeks, they have been able to recoup some of their losses.

It is unclear how the Tesla share will develop further. Recently, tech stocks, in general, have been under strong pressure, also due to emerging inflation concerns. The Nasdaq index, for example, has suffered a 10.5 percent drop in the past three weeks, according to Reuters. Tesla’s stock is also being weighed down by growing competition and a chip shortage in the industry. Elon Musk’s Bitcoin purchase is also apparently not going down well with all stock market players.

However, investor Ron Baron, who is considered a Tesla bull, recently sold 1.7 million Tesla shares, is unlikely to pressure the share price. After all, Baron emphasized that he only sold the shares because they would have made up too large a share of his overall portfolio after the 2020 upward price trend. Baron predicted that Tesla stock could rise to $2,000 in the medium term. In any case, he had not sold his private Tesla shares, Baron said.