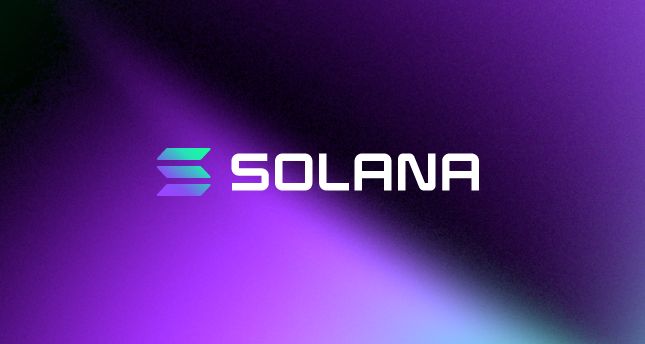 It is possible for a centralized database to process 710,000 transactions per second on a standard gigabit network if the transactions are, on average, no more than 176 bytes. A centralized database can also replicate itself and maintain high availability without significantly compromising that transaction rate using the distributed system technique known as Optimistic Concurrency Control. At Solana, we are demonstrating that these same theoretical limits apply just as well to blockchain on an adversarial network. The key ingredient? Finding a way to share time when nodes cannot rely upon one-another. Once nodes can rely upon time, suddenly ~40 years of distributed systems research becomes applicable to blockchain!

Furthermore, and much to our surprise, it can be implemented using a mechanism that has existed in Bitcoin since day one. The Bitcoin feature is called nLocktime and it can be used to postdate transactions using block height instead of a timestamp. As a Bitcoin client, you would use block height instead of a timestamp if you don’t rely upon the network. Block height turns out to be an instance of what’s being called a Verifiable Delay Function in cryptography circles. It’s a cryptographically secure way to say time has passed. In Solana, we use a far more granular verifiable delay function, a SHA 256 hash chain, to checkpoint the ledger and coordinate consensus. With it, we implement Optimistic Concurrency Control and are now well en route towards that theoretical limit of 710,000 transactions per second.

In November of 2017, Anatoly Yakovenko published a whitepaper describing Proof of History, a technique for keeping time between computers that do not trust one another. From Anatoly’s previous experience designing distributed systems at Qualcomm, Mesosphere and Dropbox, he knew that a reliable clock makes network synchronization very simple. When synchronization is simple the resulting network can be blazing fast, bound only by network bandwidth.

Anatoly watched as blockchain systems without clocks, such as Bitcoin and Ethereum, struggled to scale beyond 15 transactions per second worldwide when centralized payment systems such as Visa required peaks of 65,000 tps. Without a clock, it was clear they’d never graduate to being the global payment system or global supercomputer most had dreamed them to be. When Anatoly solved the problem of getting computers that don’t trust each other to agree on time, he knew he had the key to bring 40 years of distributed systems research to the world of blockchain. The resulting cluster wouldn’t be just 10 times faster, or a 100 times, or a 1,000 times, but 10,000 times faster, right out of the gate!

Anatoly’s implementation began in a private codebase and was implemented in the C programming language. Greg Fitzgerald, who had previously worked with Anatoly at semiconductor giant Qualcomm Incorporated, encouraged him to reimplement the project in the Rust programming language. Greg had worked on the LLVM compiler infrastructure, which underlies both the Clang C/C++ compiler as well as the Rust compiler. Greg claimed that the language’s safety guarantees would improve software productivity and that its lack of a garbage collector would allow programs to perform as well as those written in C. Anatoly gave it a shot and just two weeks later, had migrated his entire codebase to Rust. Sold. With plans to weave all the world’s transactions together on a single, scalable blockchain, Anatoly called the project Loom.

On February 13th of 2018, Greg began prototyping the first open source implementation of Anatoly’s whitepaper. The project was published to GitHub under the name Silk in the loomprotocol organization. On February 28th, Greg made his first release, demonstrating 10 thousand signed transactions could be verified and processed in just over half a second. Shortly after, another former Qualcomm cohort, Stephen Akridge, demonstrated throughput could be massively improved by offloading signature verification to graphics processors. Anatoly recruited Greg, Stephen and three others to co-found a company, then called Loom.

Around the same time, Ethereum-based project Loom Network sprung up and many people were confused about whether they were the same project. The Loom team decided it would rebrand. They chose the name Solana, a nod to a small beach town North of San Diego called Solana Beach, where Anatoly, Greg and Stephen lived and surfed for three years when they worked for Qualcomm. On March 28th, the team created the Solana GitHub organization and renamed Greg’s prototype Silk to Solana.

In June of 2018, the team scaled up the technology to run on cloud-based networks and on July 19th, published a 50-node, permissioned, public testnet consistently supporting bursts of 250,000 transactions per second. In a later release in December, called v0.10 Pillbox, the team published a permissioned testnet running 150 nodes on a gigabit network and demonstrated soak tests processing an average of 200 thousand transactions per second with bursts over 500 thousand. The project was also extended to support on-chain programs written in the C programming language and run concurrently in a safe execution environment called BPF.