Peter Schiff’s son goes “all in” on bitcoin 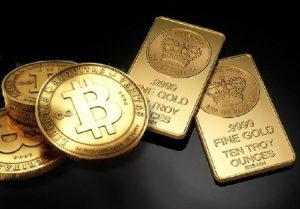 Peter Schiff, Bitcoin hater and gold bug, seem to be very disappointed in his son for going all-in on Bitcoin, as he wrote on Twitter. He has even joked about disinheriting him to prevent him from putting the inheritance into Bitcoin.

Peter Schiff said that before BTC recently fell below $50,000, his son Spencer went all-in, even selling his silver stocks.

Schiff thinks his son is brainwashed and complains that most young investors are even more susceptible to bitcoin propaganda, some of which takes place on Crypto Twitter.

Schiff went on to say that his son will not sell any of his Bitcoin back.

“He’s coughing up to infinity or bankruptcy.”

He jokingly suggested that he may have to remove his son’s name from his will. Otherwise, his son will buy Bitcoin with his fortune.

However, Schiff takes comfort in the fact that he has more followers than his son.

In his most recent tweet, Bitcoin influencer Anthony Pompliano wrote that few understand that Bitcoin is valuable.

Schiff responded that this is clear to him and, in his view, is the problem with BTC.

For him, it is clear that the current young Bitcoiners will switch to gold as they get older, even if Bitcoin is still around because they have more knowledge and experience to live up to the hype.