PayPal US customers can transfer Bitcoin 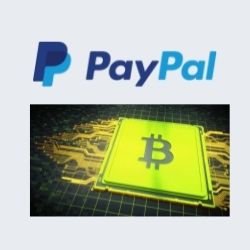 When PayPal announced in 2020 that it would expand its offering to include Bitcoin, the sensation was perfect. So far, however, only customers in the USA and Great Britain can trade Bitcoin, Ethereum, Litecoin and Bitcoin Cash and store them in a wallet.

The biggest drawback so far was that no transfers to and from external wallets were possible. However, this is to change in the coming weeks, at least for US customers, as the company announced yesterday.

This means that the wallets will become fully-fledged solutions, apart from the fact that the owners do not control the private keys to their cryptos. Users will have the ability to send and receive bitcoin freely. In addition, they will be able to transfer cryptocurrencies internally to other PayPal accounts free of charge.

The new feature has been available to selected customers and is expected to reach all US customers in the coming weeks, provided they have gone through a KYC process and identified themselves.

While the group’s offering certainly doesn’t match the ethos of many Bitcoiners, it does go a long way towards bringing Bitcoin to the centre of society. PayPal is still limited to the US market and the UK, but it should be clear that sooner or later the group will take it to the global market. At the end of 2020, PayPal counted 377 million people worldwide among its customers.

The fact that PayPal is now opening up its wallets is a thoroughly positive step that should be welcomed. Those who cannot identify with the fact that KYC is now part of the good standard and that all parties are increasingly identifiable will probably have a hard time in the future anyway. After all, the rigorous regulation of the market in the course of anti-money laundering laws has recently been decided.