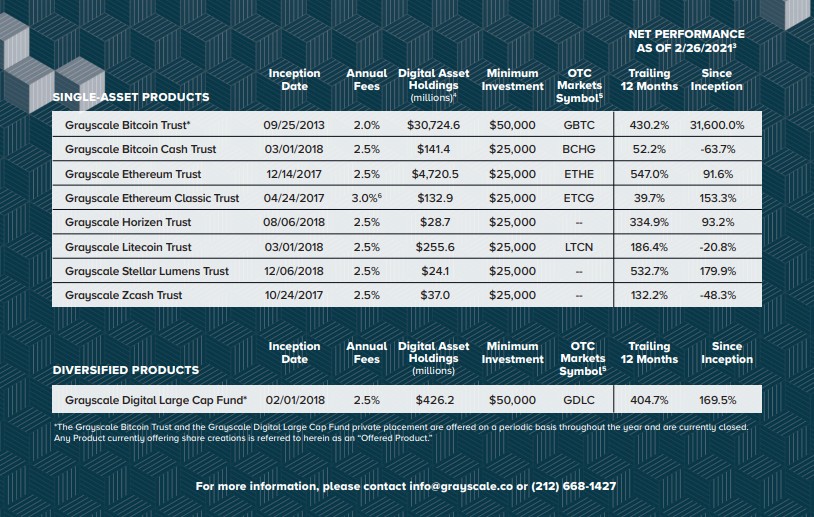 One of Israel’s leading pension funds had invested around $100 million in Bitcoin through the GBTC route in the second half of 2020. Altshuler Shaham made this move when the leading cryptocurrency was trading around the $21,000 mark.

According to local press reports, Altshuler Shaham remains one of Israel’s most prominent investment houses, with more than $50 billion in assets under management. The $100 million investment should have increased by over 100%, as bitcoin is currently trading at $55,000 at press time.

Grayscale Bitcoin Trust was launched in 2013 and is currently the world’s largest bitcoin fund. According to the latest figures, the company manages $42.1 billion in net assets across its various crypto trusts and funds. The funds and trusts offer investors the opportunity to participate in bitcoin and other digital currencies.

Yesterday, Grayscale booked new investments in GBTC as the fund trades 15% below bitcoin’s price. After recent struggles caused by the introduction of alternative bitcoin trusts and Canadian bitcoin ETFs, the company made this decision. This recent development also affected Grayscale Ethereum Trust, which is also experiencing negative growth.

Grayscale’s parent company Digital Currency Group announced it would buy up to $250 million worth of GBTC shares. Buying back shares is a tactical move by companies looking to increase their stock price by reducing the number of shares issued and ultimately creating more demand.