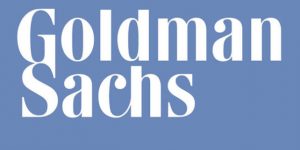 A planned financial product from Goldman Sachs can allow the significant bank to invest indirectly in Bitcoin. The financial institution filed the corresponding application with the US Securities and Exchange Commission (SEC) on March 19.

The financial product is a so-called “linked note.” Such notes are linked to other financial products – in this case, an ETF. Interestingly, the Goldman Sachs note is related to the ARK Innovation ETF, of all things, a fund that is intertwined with the Bitcoin economy.

The Ark Innovation ETF (trading symbol: ARKK) has been around since 2013. The actively managed exchange-traded fund’s stated goal is to invest in technologies and companies with disruptive potential. The ETF is interested, for example, in the energy sector, genetic engineering, artificial intelligence, and precisely also FinTechs and cryptocurrencies. Goldman Sachs’ SEC filing states:

What sounds like a purely hypothetical crypto investment has a hand and foot. According to media reports, Ark Innovation holds shares in Grayscale. The world’s largest digital asset manager holds a record amount of BTC in its Bitcoin Trust. Owners of Goldman Sachs note thus profit from the crypto economy in a roundabout way.

That the entry into the Bitcoin business is one of the motives for issuing the note cannot be denied. After all, no full-fledged Bitcoin ETF has seen the light of day in the US until now. Despite a considerable amount of applications, none of the proposed BTC exchange-traded funds have yet received approval from the SEC.

In this situation, Goldman Sachs has found a creative way to profit from rising Bitcoin prices on the exchange. The fact that the investment bank is one of the proponents of cryptocurrency No. 1 was recently proven by its Chief Operating Officer John Waldron. In an interview, Waldron not only attested to increased Bitcoin interest among the bank’s customers, but he also promised to accommodate them. Since the beginning of March, Goldman Sachs clients have once again been able to trade BTC derivatives via their trading desk.

The recent attitude of Goldman Sachs is symptomatic of a general Bitcoin adoption among institutional investors.