Bitcoin ETF: The next application towards SEC comes from Fidelity 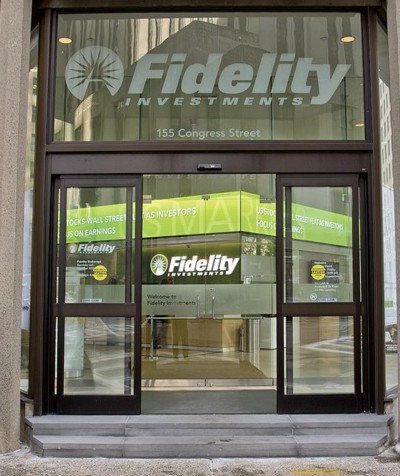 An affiliate of investment giant Fidelity is the next candidate to try a bitcoin ETF filing with the U.S. Securities and Exchange Commission. On Wednesday, the corresponding Form S-1 was filed with the agency. At its core, the application seeks approval for the “Wise Origin Bitcoin Trust,” an exchange-traded fund with several ties to Fidelity. This is, of course, noteworthy in that Fidelity is one of the world’s largest asset managers.

According to the filing, Fidelity affiliates will serve as the fund’s sponsor, administrator, custodian, and trustee. The fund would track the performance of Fidelity’s Bitcoin Index. Peter Jubber, managing director of Fidelity Digital Funds, would serve as president of the trust.

As early as last fall, Fidelity published a sensational study on the subject of Bitcoin. It predicted that constantly falling bond yields and the expansive monetary policy of central banks would encourage many large asset managers to invest in Bitcoin.

Moreover, Fidelity was among the first prominent asset managers to get involved with crypto stocks. In 2014, they already started mining Bitcoin and Ethereum (ETH) there. That same year, Abigail Johnson took over as CEO of the company from her father. Given Fidelity’s importance to the U.S. capital markets, the SEC added pressure to grant its request for the first Bitcoin ETF.

And that, in turn, could have an impact on the countless other Bitcoin ETF applications that have been received by the SEC in recent weeks and months.

Digital asset management firm Grayscale could be on the cusp of launching a bitcoin exchange-traded fund (ETF), according to new job postings.

If the latest job postings from Grayscale, a leading cryptocurrency investment firm with $40 billion in assets under management, are anything to go by, the firm could be on the verge of filing for an exchange-traded fund in the United States.

The company posted the link to its latest job openings on Twitter on Wednesday. According to the posting, there are nine openings for ETF professionals, including an Authorized ETF Relationship Manager, whose job is to “develop and maintain new and existing relationships with authorized participants for Grayscale’s exchange-traded fund (ETF) products and develop business expansion plans.”

END_OF_DOCUMENT_TOKEN_TO_BE_REPLACED

Canada took a bold step this week. The OSC approved the “Purpose Bitcoin ETF.” That replicates the price development of Bitcoin (BTC) and does not represent a closed investment fund, which so far provided the only products on the Canadian market.

Many market observers believe it is more than likely that the U.S. could soon follow suit. Similarly, the Security and Exchange Commission (SEC) is not known for cultivating a liberal approach to the issue. In recent years, several applications from various companies have failed.