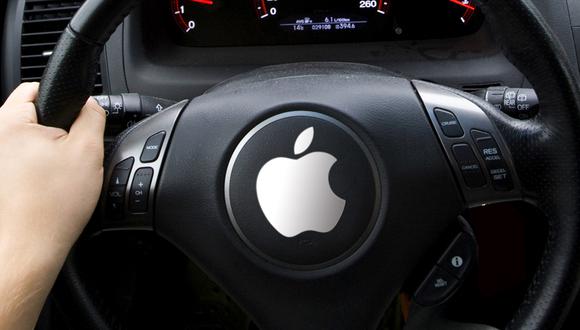 After negotiations with Hyundai, Kia or Nissan are said to have failed. Apple is now considering hiring Foxconn or Magna, according to a report.

Apple has apparently still not found a manufacturer for its first electric car. Talks with vehicle manufacturers who were supposed to take over production for the iPhone manufacturer have not been successful – at least according to the car companies concerned in partially veiled statements.

In addition to Hyundai and its subsidiary Kia, Apple has bitten the bullet with Nissan. According to a report, Apple now wants to rely on a different model – the use of genuine contract manufacturers, as the company has done for many years with the iPhone, iPad, Mac and others. There had been the corresponding speculation for some time. As the financial news agency Bloomberg now writes and the largest iPhone manufacturer Foxconn from Taiwan, the Austrian Magna Group is also on Apple’s list.

So far, Apple seems to have ruled out a third option, namely building up its own production facilities. This approach is also not in line with the business model that CEO Tim Cook had prescribed for the company since the end of the 1990s (when he was still in charge of the supply chain) – Apple currently only has a mini-manufacturing facility for iMacs in Ireland and otherwise has all its products assembled mainly in China by third-party companies.

According to an insider mentioned in the Bloomberg report, Apple wants to completely turn around what a vehicle means – from the manufacturing of the seats to the body’s look. A traditional vehicle manufacturer would be too hesitant to do that, especially since it’s like having a direct competitor like Samsung produce the iPhone.

Foxconn and Magna are interesting for Apple for several reasons. The Taiwanese company has proven to Apple that it can reliably manufacture large quantities of complex products. Besides, Foxconn recently entered the car business and wants to build vehicles for the e-car producer Fisker.

The manufacturer is also accustomed to implementing Apple’s wishes exactly, so its factories contain numerous production machines that Apple developed itself, as an anonymous Apple employee revealed to Bloomberg. Magna, in turn, is a longtime manufacturer for various car companies, including luxury models from Daimler, BMW, and Jaguar Land Rover.

Apple, however, is said to have not yet made a final decision. But the group is currently looking for employees who can help with manufacturing, including a “senior hands-on manufacturing engineer” to join a “special projects group.” This develops production strategies and supply chain aspects, the ad says. The candidate is expected to have experience with steel, aluminum, and composites.